Venice is a city full of beautiful palaces and hidden treasures to discover and on my last trip I visited Ca’Rezzonico, a splendid palace designed by Baldassare Longhena a great Baroque architect of the city, for the Bon family.  Whilst building of the palace started in 1649, it was halted in 1682 following the death of Longhena at around the same time as that of his client and the palace left uncompleted. But in 1687, Giambattista Rezzonico, a merchant and banker from Lombardy, bought the palace and appointed Giorgio Massari, a renowned and eclectic artist of the time to finish the building for him.

By 1758 the palace was completed and was a splendid celebration of Venetian art and a show of wealth and culture. A collection of works, by the most prominent artists of the time. The rooms feature beautiful ceilings and frescoes, painted by Venetian artists, including Giambattista Crosato, Pietro Visconti and Giambattista Tiepolo. In the same year the younger brother of Giambattista Rezzonico, Carlo, Bishop of Padua, was elected Pope under the name Clement XIII. However, this was to be the peak for the palace and the family, as by 1810 there were no family members left. The palace was stripped of its’ furnishings and art works were sold off.  The house then passed through many different hands during the 19th Century, before being sold to Venice Town Council in 1935 and now it holds the Museum of 18th Century Venice! 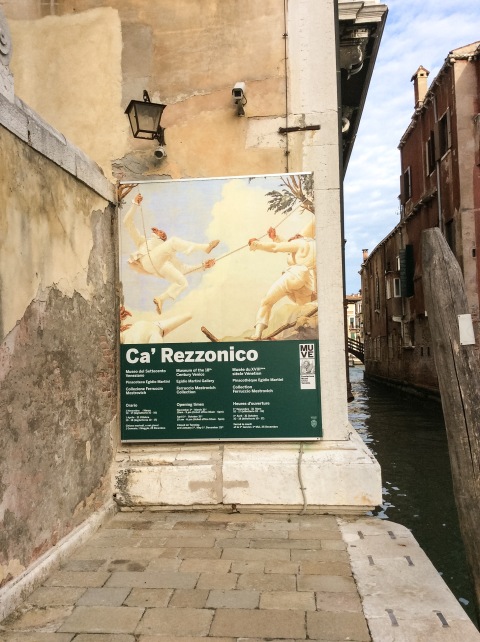 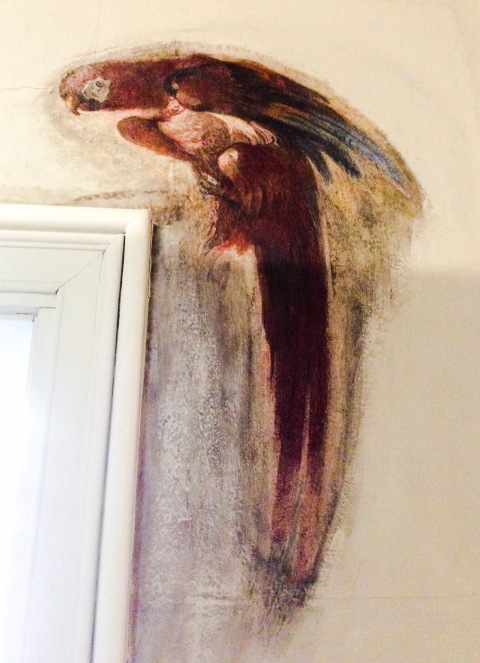 Love this little cheeky parrot keeping a watch over one of the doorways of the palace! A rather unexpected addition!

I spent a rather dreamy afternoon wandering around its rooms, taking in all the beautiful colours and amazing chandeliers!! I dream of the day when I have a house worthy of an exquisite chandelier . I love looking around palaces and stately homes and fantasising about living in such a grand home and swirling around my ballroom and having a library and a music room (I don’t think that will ever happen – but a girl can dream!)!

Two gilded wood and metal chandeliers, with floral motifs in the Ballroom 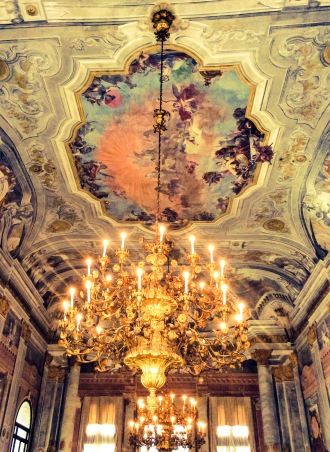 These were part of the original furnishings of the palace

Produced around 1730 by the Murano factory of Giuseppe Briati

The museum isn’t full of hundreds of pieces of furniture or loads of information to read, but the palace was so peaceful and has some really special pieces of art to see, definitely worth a visit if you ever find yourselves in Venice! My favourite part was the first floor, eleven rooms with frescoes and bright ceilings, as if only recently painted and of course all the chandeliers! I managed to only really take pictures of the chandeliers, but you can still get a sense of the grandeur and beauty of the palace. Even after its rather troubled period of financial loss and being passed from owner to owner, the Palace still shines bright and stands proud on Venice’s Grand Canal.